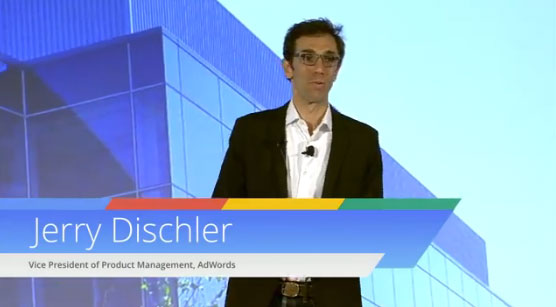 Ever since Google told us they would be releasing new changes to the Adwords platform, we’ve all been wondering what to expect. Will they be taking away some of the current Adwords tools? Will they be updating them? Or will the platform change altogether? Last week Google announced three new Adwords features that will be launched over the next several months. These features include new app ads, enhanced reporting and management, and new tools that will provide more efficiency for the user.

Jerry Dischler, Vice President of Product Management for AdWords, explained the thought process regarding the updates, “It’s no longer about devices. It’s about connecting people to the content they care about, whether online, mobile sites, or on apps.”

Let’s take a look at these updates and see what they mean for you.

Google decided to introduce new app ads because, as we all know, the amount of users who are now on mobile devices has increased tremendously over the past several years and, for many people, apps are the preferred method for consulting content on mobile devices.

When consumers have a recurring query, often they’ll look to the app store to find a solution that’s tailored to providing the specific information they need. Google will look at queries that generate the most apps downloads and use that information to suggest keywords to advertisers to help them gain the most downloads for their own app. This allows advertisers the ability to reach potential customers based on the type of apps they currently have on their mobile device, how frequently the user engages those apps, and also their app download history.

A major problem that advertisers face is that 80 percent of apps are used only once and then deleted. In an effort to help keep the user entertained with the app, Google has introduced a new concept called “app deep linking” that will drive further user engagement by allowing ads to push consumers deeper into the apps they have already downloaded.

The next part of Google’s announcement was centered on Estimated Total Conversions. An ongoing challenge we face as marketers is measuring multi-touch attribution with the mobile-connected consumer. The average mobile consumer typically lives a very busy lifestyle. They might start a process on one device and finish that process on another. This makes for a very difficult process for the advertiser to properly attribute the conversion. To assist with this, last year Google released estimated total conversions to measure conversion across multiple devices.

Now Google has told us that they will continue to invest in improvements designed to measure mobile campaign ROI by developing a solution to measure in-store transactions that track off-line conversion. This will include the measurement of cross-device and mobile-initiated conversions that lead to in-store sales.

The final announcement was in regards to the upcoming release of management and reporting features that are geared more towards Adwords “power users.”

One cool new feature is a report inside Adwords that includes visualization tools and drag-and-drop interface. What this does is essentially eliminate the use of Excel for the user. How many times have you had to export the data into an Excel spreadsheet and then reconfigure it because it didn’t transfer the way you needed it to look? Well now you will be able to create reporting in Adwords with live data. The tool also includes graphing capabilities with bars, lines, and pie charts.

Another great new efficiency tool is the capability to update multiple ads, ad groups, or campaigns all at once. Previously the user could only do this in Adwords Editor.

New automated bidding tools will be introduced for advertisers that will give them the ability to set targets to maximize conversions or revenues based on the various business goals.

New campaign testing capabilities have been introduced that will allow the user to make changes in “draft mode.” Advertisers can now run experiments that include several different hypothetical campaign components such as new keywords, campaign settings, special bids for times and locations, and more. Google says this will enable more data driven decision making in Adwords.

What These New Adwords Updates Mean

Google’s announcement shows that they are committed to keeping up with the boom of mobile by promoting growth in mobile advertising in Adwords. Advertisers will now have enhanced capabilities with app advertising and their ability to create ads that will keep the user more engaged with their apps. And finally, the new and efficient tools will make Adwords management easier through updated processes in bid management and new reporting features.

Here’s the video from the Inside AdWords livestream event.

We’d love to hear your thoughts on these new Adwords features in the comments. How do you think you’ll put them to use?

This site uses Akismet to reduce spam. Learn how your comment data is processed.