Skip to content
Home » SEO » Which Top Publishers Will Be Impacted by Google’s Mobile Update? 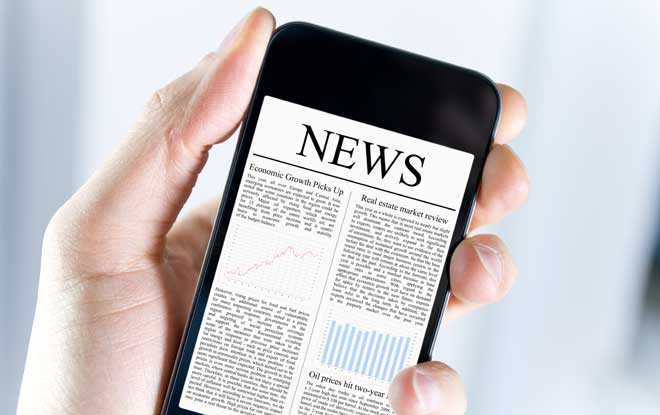 In light of Google’s forthcoming mobile algorithm update, there’s no shortage of guidance out there as to what websites can do to prepare for the April 21 roll-out. One group that stands to take a hit is publishers, whom studies have shown receive as much as 40% of their traffic from mobile. And while Google News won’t yet be impacted by the algorithm change, publishers risk losing considerable mobile organic traffic if they’re not optimized.

We wanted to find out for ourselves which of the Web’s top publishers could be in trouble once the mobile-friendly update rolls out. To do so, we tested nearly 80 major publisher sites through mobile SERP testing and the Mobile-Friendly Testing tool. What we found was that, while the majority of publishers were A-OK from Google’s standpoint, there were a few big ones that were surprisingly not ready for the mobile algorithm update.

The table below shows all publishers that were evaluated and which are most likely to be impacted by Google’s mobile-friendly algorithm update:

* Credit to Adam Sherk for this curated list of top publishers

The reasons for not being mobile-friendly (at least from a search standpoint) vary: some flat out haven’t made an attempt, while others suffer from improper two-way annotation and thus are not receiving the coveted “Mobile-friendly” label in mobile search engine results. Two publishers we surveyed were also blocking key resources in its robots.txt file, which Googlebot needs to properly render a mobile site.

Here are the three most common scenarios causing publishers to miss out on the “Mobile-friendly” annotation:

Simply put, some publishers are not making an attempt to optimize for mobile and instead serve a full desktop version of their site on smartphones. We found this to be the case with PBS.org, The Daily Mail and Financial Times.

The Daily Mail resides in an interesting camp – while their homepage is not mobile friendly, their interior pages are. The British newspaper is apparently well aware of the issue and have been taking their time devising a “unique homepage experience” on mobile. Lucky for them, the mobile algorithm will run on a page-by-page basis, so only the homepage stands to lose search traffic. However, since much of the organic search traffic to their homepage is probably made up of branded searches – searches for which Google will likely still identify them as the best result – the loss may not be too bad. Nonetheless, the homepage initiative could get assigned a higher priority after April 21st.

A handful of publishers we surveyed fell into this bucket: they have a separate mobile version of their website, but Google isn’t associating their mobile pages with the desktop equivalents. Because of this, they aren’t getting the “Mobile-friendly” label, Google’s stamp of approval that more or less ensures you won’t get docked by the mobile algorithm update.

Publishers included in this scenario were The Washington Post, BBC, The Fiscal Times, and German site Spiegel Online. From digging through the source code of these sites, the issue was they either omitted or incorrectly implemented two-way (or bi-directional) annotation. Done right, this allows Googlebot to understand the relationship between the mobile and desktop versions of a page and treat them as a single entity.

Google offers the following guidance for implementing this correctly:

On the desktop page (http://www.example.com/page-1), add:

and on the mobile page (http://m.example.com/page-1), the required annotation should be:

This rel=”canonical” tag on the mobile URL pointing to the desktop page is required.

Annotating sitemaps is also recommended. To that end, here are some common mistakes that Google has found with this configuration:

Any CSS, JavsScript, and image files needed to properly render your page need to be accessible by Googlebot, but sometimes developers block those resources in a site’s robots.txt file. Two publishers we tested had this issue (Reuters and Fox Business), which makes it worth mentioning: don’t block essential files in your robots.txt file! In particular, Googlebot is looking for JavaScript, CSS and image files so that it can render your mobile site the same way a user would view it.

In the case of Reuters and Fox Business, their robots.txt file blocked not only these resources, but all directories from crawling with the following command:

This, along with the lack of bi-directional annotation, means they are coming up without the “Mobile-friendly” label. Worse yet, they won’t get regularly crawled and properly displayed in search results. Their pages can still get indexed, but they show up with a snippet like the one below:

Time will tell how significantly Google’s mobile-friendly algorithm update will shake things up, but with reports of it affecting more sites than Panda and Penguin, we’re taking it seriously. We suggest following Google’s guidance on how to become mobile-friendly, and source some external tools to ensure your website makes the grade. And when in doubt, don’t hesitate to reach out.