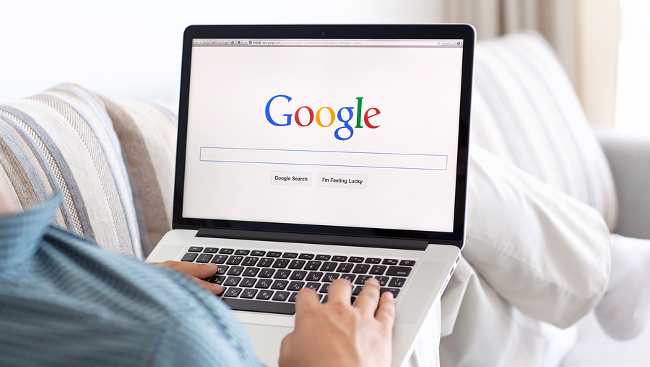 Google’s search results page (or SERP, as we call it) has become increasingly more complex over the years. From the rise of localization and personalized search to Google’s own injection of results via Knowledge Graph and answer boxes, you’d be hard pressed to generate the same results twice with the multitude of factors in play. One of the less touted, but nonetheless valuable, features of the modern-day Google SERP is the “in-depth articles”.

Introduced in August 2013, the in-depth articles are a subset of results that highlight long-form content for topics (usually generic in nature) that a user might be trying to research. Traditionally these have appeared in packs of three and towards the bottom of a SERP. According to a Google Webmaster blog on the feature, “users often turn to Google to answer a quick question, but research suggests that up to 10% of users’ daily information needs involve learning about a broad topic.”

In the context of today’s Google SERP, here’s how you might see in-depth articles appear on a search for “barack obama” (and if you have a hard time distinguishing them, you’re not alone. More on that later):

For a user, this is a great opportunity to delve into some meatier content beyond just a quick answer. But if you’re a publisher or webmaster, you’re probably more concerned with joining their ranks and showing up for some potentially valuable fat head keywords.

How to Appear Within In-Depth Articles

No doubt the prospect of surfacing your strongest content within a special set of search results is alluring. Google offers specific guidance that will help them understand your content as clearly as possible and increase your odds of appearing in the pack. Here’s a hit list of optimization factors:

Google Authorship mark-up was also once a best practice here, but was removed once the feature itself was retired.

Of course, this doesn’t replace the importance of optimizing your content for search in the traditional sense. And while major news sources seem to receive top billing, publishers with great content that abide by best practices still stand to rank within in-depth articles.

A Look at the New In-Depth Articles

Like all things Google, a search feature is never truly set in stone and can go through various phases and appearances. In-depth articles are no stranger to this concept, and early last month they received a visual overhaul whereby the section title and article images were dropped from the pack.

Here is a before-and-after comparison on a search for “kim kardashian”:

Save for the faint grey lines above and below, in-depth articles are now near indistinguishable from standard organic results on the page. This isn’t the first, and likely won’t be the last makeover of its kind for in-depth articles, but it’s certainly the most inconspicuous we’ve seen them. It will be interesting to see how this impacts their click-through rate over time and if Google chooses to reinstate some distinguishing factors.

Have you found in-depth articles to be valuable, either as a publisher or a user? Let us know in the comments below, or tweet us @Clickseed.